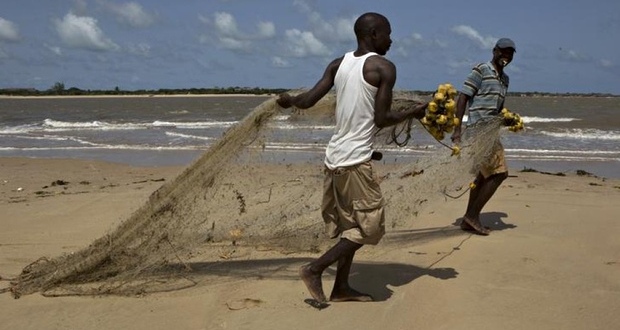 by The Guardian News

Kenya has passed a law that will make it easier to secure convictions for human trafficking by providing greater support to victims, encouraging them to give evidence, campaigners said.

The victim protection bill approved by the country’s parliament on Wednesday aims to improve support to victims of crime, including provision of a place of safety, food, medical treatment, psychosocial care and police protection. It also establishes a fund to assist victims.

“The most successful way of countering trafficking in persons, especially for children, is through securing conviction against the traffickers,” said Prudence Mutiso, a lawyer with the child rights charity The Cradle, which provides legal aid to children in Kenyan courts. “With the victim protection act, we will be able to have a stronger prosecution case.”
Supported by:
About this content

Kenya has been on the US department of state’s Tier 2 watchlist for trafficking for the past three years for failing to make serious efforts to tackle the problem. It is a source, transit and destination country for men, women and children subjected to forced labour and sex trafficking.

Although Kenya’s Counter Trafficking in Persons Act became law in 2012, there have been very few successful prosecutions because of the high threshold of evidence required to obtain a conviction.

Children in Kenya are trafficked to work as domestic labourers and in farming, fisheries and begging. They are also trafficked for sex work, particularly for tourists on the coast.

Many trafficking victims are so traumatised that they are unwilling to give evidence, Mutiso said. “The process of interviewing the victim, collecting and corroborating evidence and investigating perpetrators is more effective when the victim is accessing care and protection from a service provider as early in the process as possible,” she said.

“If the victim is traumatised and they undergo counselling with help from the funds that the government has set aside, they will be in a position to address the court more confidently.”

Of more than 200 child trafficking cases brought to The Cradle since 2009, only 43 have gone to court, and there have been few convictions.
Advertisement

“I think it’s really going to help secure some convictions. It definitely will,” said Ruth Juliet Gachanja, another lawyer with The Cradle.

Campaigners believe the fact that the new law gives victims’ lawyers the right to address the court will also strengthen the prosecution’s case.

“When you are a victim of crime, you can now have your lawyer and your lawyer can cross-examine the other party [the accused],” said Millie Mabona, a lawyer and a member of parliament who sponsored the bill.

“Your lawyer can also introduce new evidence if the prosecutor does not. This is very significant, especially for cases of trafficking, cases of sexual offences, cases of domestic violence.”

Until now, lawyers representing victims had only a watching brief, which meant they sat in court as silent observers. Prosecutions were led by police officers, often with less legal expertise than the victims’ lawyers.